Even before my mom got sick, I was missing my home state of Michigan. Oklahoma is great. And Tulsa is an especially fantastic part of Oklahoma. But home is home, ya know? Us Michiganders (I reject the term “Michiganian”) have a built-in need to see Big Water from time to time, just for our mental well-being. Yeah, we have a few nice lakes around in Green Country, but back home, you can go to plenty of beaches where you can look across the expanse of water and not see the other shore. I’m talking seriously Big Water. Even the Detroit River makes it hard to look at the Arkansas and not shrug our shoulders. Even when it’s full.

While I was back at home, there was no time to get to the Great Lakes, but I did make it down to a childhood haunt and occasional stomping grounds of my teenage years in a little river town called Wyandotte. Bishop Park was, for me, a place we went to for the annual 4th of July fireworks, a place to go climb on the playground equipment and play Pirates, a place to catch the boat to Boblo Island (a now defunct amusement park on the Canadian side of the river). It’s the place where I got engaged the first time. (Long story. Maybe we’ll chat about it over red wine some day.) I dare say it’s nicer today than it was when I was a kid. There’s a more obvious Victorian feel to it, and the fishing pier is really quite nice. Wanna see some pics? 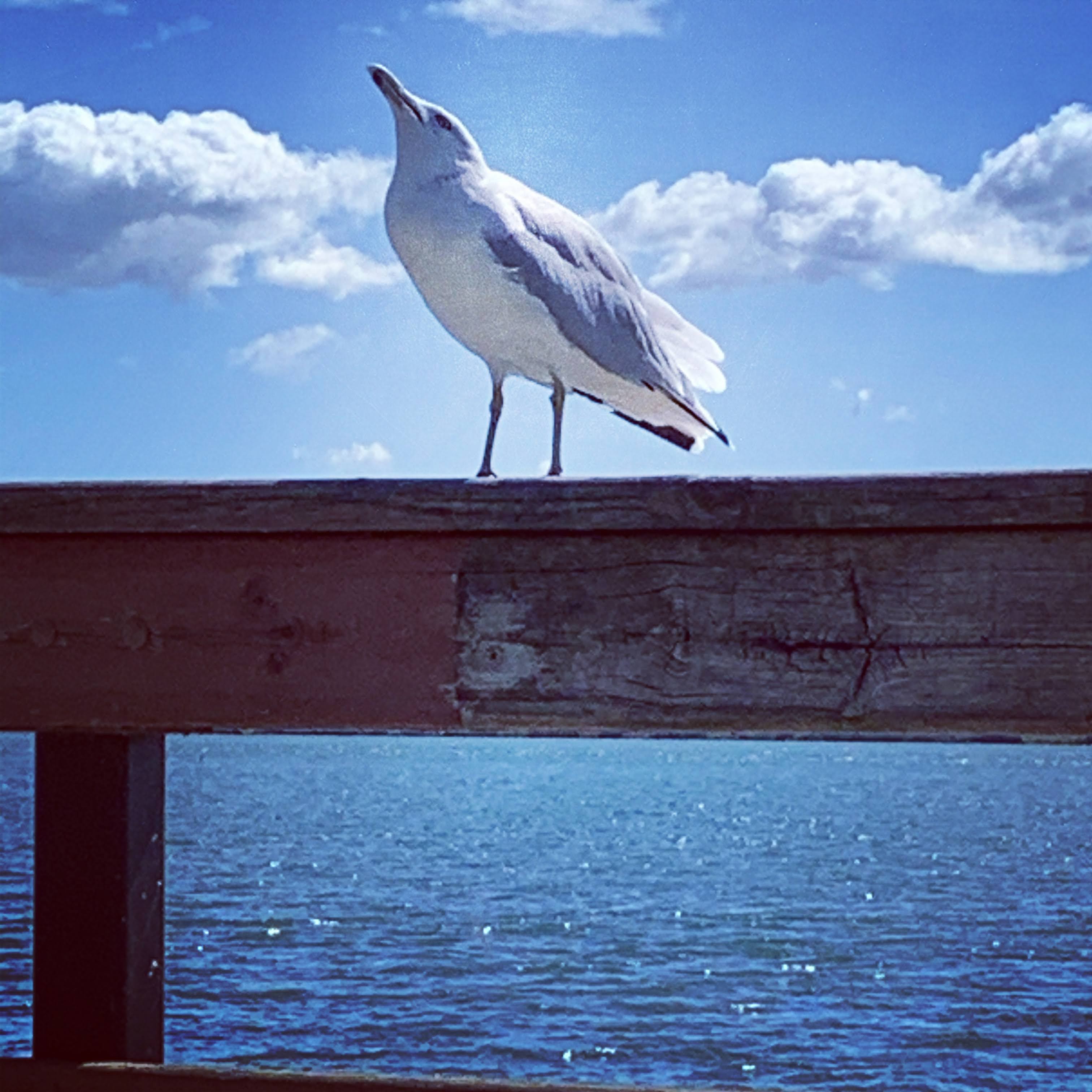 Well, you get the idea.

I also had the opportunity, while back home, to sit on the front porch of my childhood home (from the age of about 11 onward), which is something I never really did as a child. The neighborhood has gotten quieter somehow, since I was a kid, and the homes all seem much more quaint than they used to. The tree that the city planted as a sapling in our front yard following the death by high winds of our former tree during The Storm Where The Sky Turned Green (July 1980) is now about 40 feet tall. It’s doing a very commendable job providing shade and shelter. Some of the inhabitants now include a couple of black squirrels, which is something we didn’t have when I was a kid. My mom has “tamed” a couple of them to the point that they will only somewhat warily come onto the porch, scant inches away from my feet, on their way to the “nut tray.” 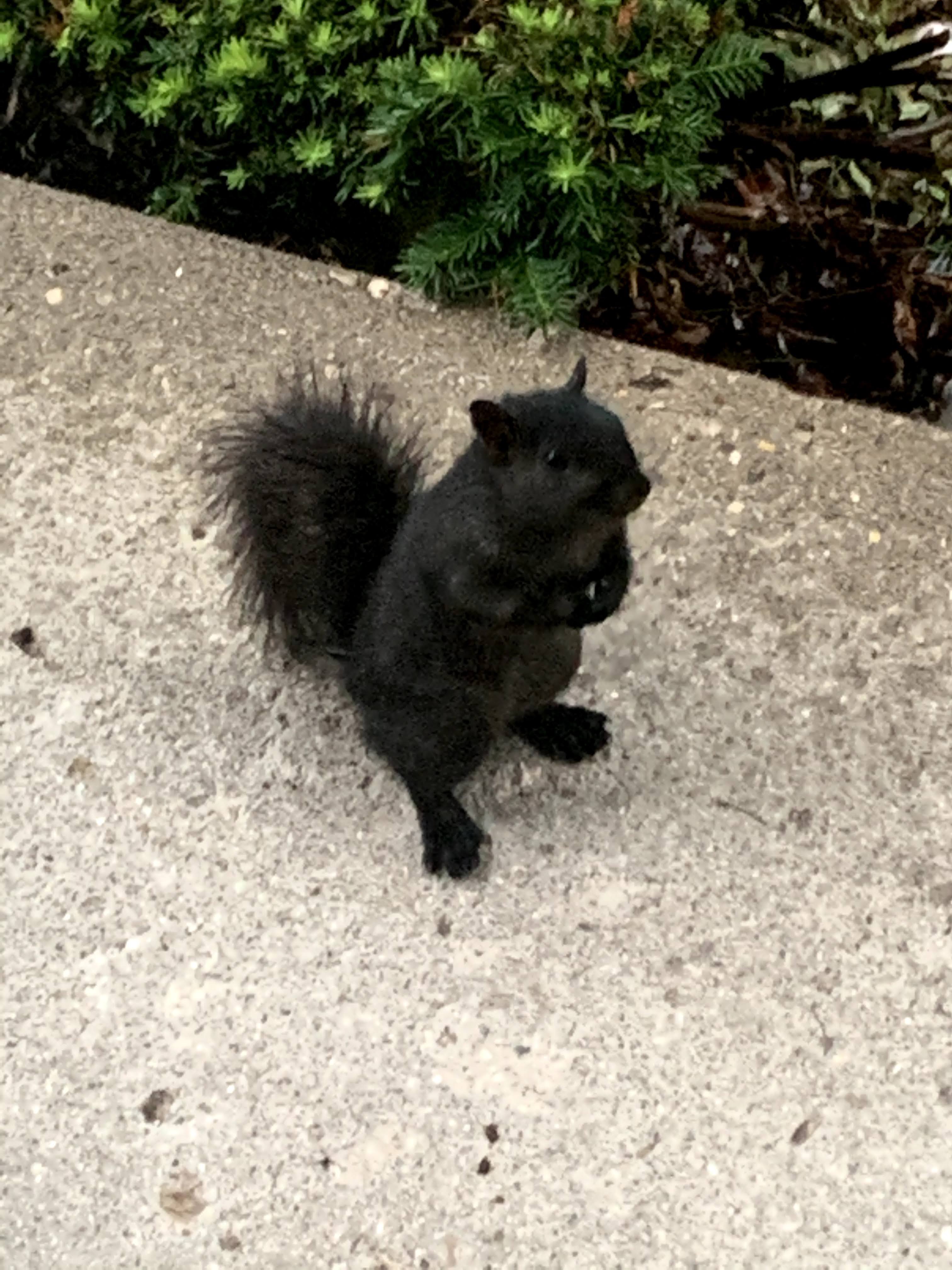 Of course, Buddy the Boxer (my mother’s 90+ lb. dog) loves watching them play.

It was hard going home. You really can’t go back there. But you also need to go back there. I will admit that I haven’t felt comfortable in that house since September 2, 1987, which is the day I flew out of DTW to South Carolina, where I caught a bus to boot camp. From that day forward, it was “the house where I grew up,” but it was never “home” again. And I will also admit that, upon returning to my own house here in Tulsa, that it took me a few days to reorient, because THAT didn’t feel like home, either. It had the trappings of home: people whom I love, our animals, all of my stuff. But it was really depressing to be there, and I felt very empty. Things are getting back to normal a bit, now that I’ve been there for several days, now that I’ve gotten some of the yard work done that went undone in my absence, now that I’m coming to terms with a new reality: I’m a grown-up now, with parents whose health is rapidly declining. When I left, my friend and congregational council President, Lisa, was still alive, though the end was very clearly not far off. It’s quite simply a different world I’ve come back to, and I’m disoriented as hell. New normal is starting to feel normal, but I’m just not quite there yet. Ya know?

Anyway, perspective is happening. I’m already trying to plan the next trip back to MI. I still feel a strong pull toward that Big Water. And I want to put my feet in the cold rivers, where I don’t have to wonder, “Are there any rattlesnakes in there?” I want to show my family how stunning the fall colors are in my home state. We lived in Iowa when Chris came to us, and he had seen an eastern Iowa fall, but the trees along that part of the Mississippi tend to me monochromatic. They’re a brilliant yellow, and that’s beautiful in its own way. But you haven’t lived until you’ve seen the diversity of Michigan’s version of boreal flora on full display in the fall, as you sip on a hot chocolate (or a coffee, in my case) while munching an apple cider donut, decked out in your hoodie, because there’s a definite nip in the air. And if you HAVE seen that, no beauty will ever touch it. That, to me, is home. That and the Big Water.

I'm a recovering museum nerd who holds no authority regarding correct doctrine, biblical interpretation or anything like that, but who - with fear and trembling - is trying to work all that out. View more posts

This site uses Akismet to reduce spam. Learn how your comment data is processed.